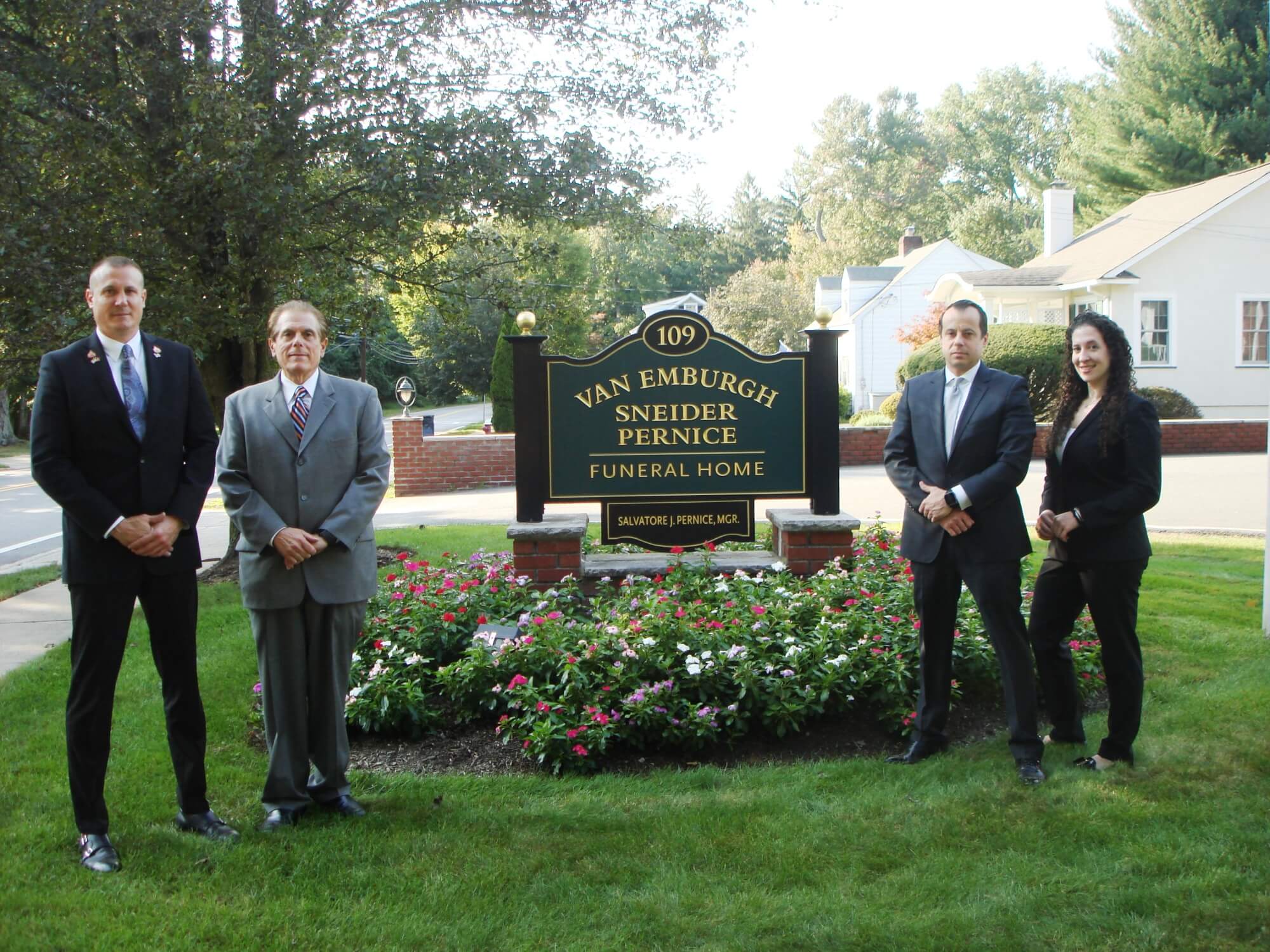 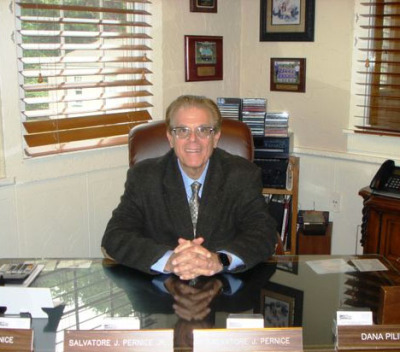 Salvatore J. Pernice, CFSP, was born in Passaic, N.J. He graduated from Passaic High School in 1973, attended William Paterson College and then attended mortuary school at American Academy McAllister Institute of Funeral Service in New York, N.Y. with a scholarship he received from the Passaic County Funeral Directors Association. He graduated mortuary school in 1976 and was licensed by the State of New Jersey in 1977.

Salvatore began serving his apprenticeship in 1973 with the Powell Funeral Home in Passaic. He went on to become a trade embalmer for many funeral homes in the Bergen, Passaic and Essex county area, while also assisting with autopsies in many of the Tri-State hospitals.  He also was the livery service for the Bergen County Medical Examiner's Office for many years. He began doing trade work for Van Emburgh-Sneider in 1980 covering nights after 5 pm. He became owner of Van Emburgh-Sneider Funeral Home in 1994, changing the name to Van Emburgh-Sneider-Pernice in 2000.

He is currently involved with many local churches in the area, and has been for many many years supporting them in many different aspects as needed.

Salvatore was  joined by his son's Salvatore Jr. and Nicholas who also work at the family business as licensed funeral directors for many years now, along with his daughter Melanie who is the office secretary. His wife Joan McGeechan Pernice has had the role of office billing for the past 25 years.

He still enjoys working and spending much time deserved at his home in Arizona, while still traveling back and forth to NJ overseeing day to day operations.

In closing, if you ask him what stands out most in his 48 years in the funeral profession it was the evening of September 11, 2001 where by orders of the Bergen County Medical Examiner's Office, he led a team along with four men and himself (Bill Waxman, Steve Pink, Tommy Giordano and Keith Morgan) into ground zero to begin the task of recovery of those who were killed in the tragic World Trade Center attack of 9-11, a memory that he says will be with him forever. 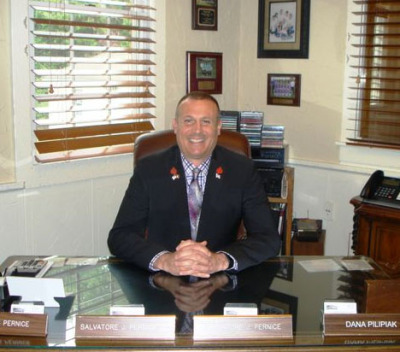 Salvatore J. Pernice Jr., born in Belleville, NJ, and raised in Lodi and Upper Saddle River, NJ, graduated from Northern Highlands Regional High School in Allendale, NJ in 1994 and after working in the family business decided to serve our country. He enlisted in the United States Marine Corps and served four proud years until he was Honorably Discharged in February 2001. While in the Marine Corps Sal Jr. took part in operations in Kuwait and Kosovo, where he earned the Kosovo Campaign Medal, Armed Forces Expeditionary Medal, Joint Meritorious Unit Commendation Medal and the North Atlantic Treaty Organization (NATO) Medal while assigned to the 24th Marine Expeditionary Unit. He was also awarded his Good Conduct Medal and Sea Service Deployment Medal. Sal took great pride in serving our country and his desire to help others in their time of need is evident in his duties as a funeral director.

Sal Jr. has been working with his father and brother at their family-owned funeral home for 19 years. He takes great pride in serving all families and helping them plan funeral arrangements for their loved ones during the most trying times of their lives. Sal Jr. does this with the utmost care and compassion, treating every family with the dignity and respect they deserve. 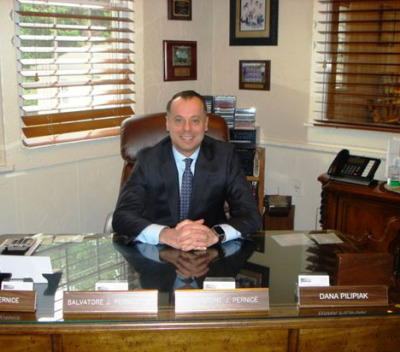 Nicholas Pernice was born in Belleville, New Jersey in 1977. Graduated from Northern Highlands Regional High School in Allendale, NJ in 1996. Nicholas was introduced to the funeral business at a very early age by his father. Following his calling, he decided to enroll at the American Academy McAllister Institute of Funeral Service in New York City. Upon graduating Magna Cum Laude in 2006 with an Associates degree in Mortuary Science, he became licensed in the state of New Jersey in 2007 and joined the family business. He takes great pride in serving families with the utmost care and compassion possible at their time of need. Nicholas is a member of the Ramsey Knights of Columbus and Ramsey UNICO. 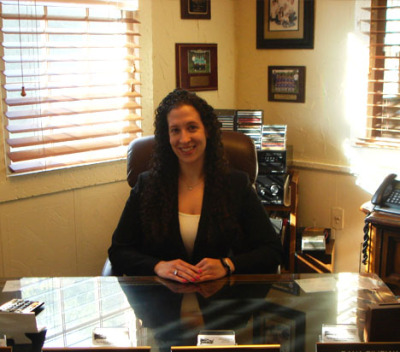 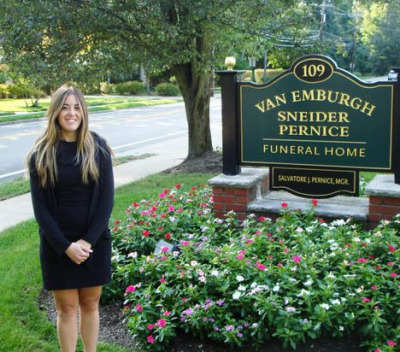 Unlicensed and not qualified to make funeral arrangements, embalm or conduct funerals.